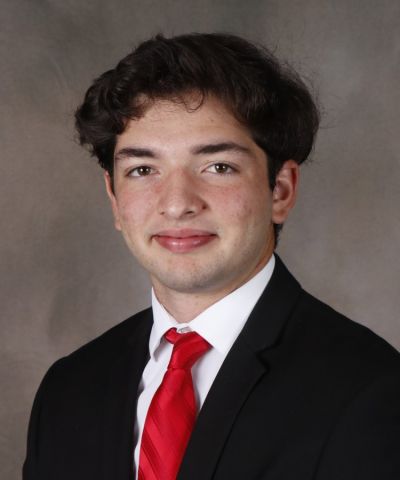 Luigi is an all-around shining light and product of Saint Joseph Academy. He is not only a senior, a Marist, and an athlete, but also a positive leader and social extrovert to his surrounding community.

He is a man who will always start a conversation with anyone and the guy who will make new connections and friendships that will last a lifetime.

“I see myself as a very open-ended person, who can talk to anyone, and anyone can approach,” he said. If you happen to see him at a sporting game, extracurricular club, around the halls, or at a friendly gathering or party, you know that your time will be well spent having a conversation with Luigi.

Not only is he a social butterfly, but also a well-spoken leader. He is part of the Positive Peer Leadership Team, a club that demonstrates the moral standards of the school by participating and facilitating positive school activities and community service. This season Luigi led the bloodhounds in football and set a new school record with 36 passing touchdowns. His impressive athletic career has earned him player of the year.